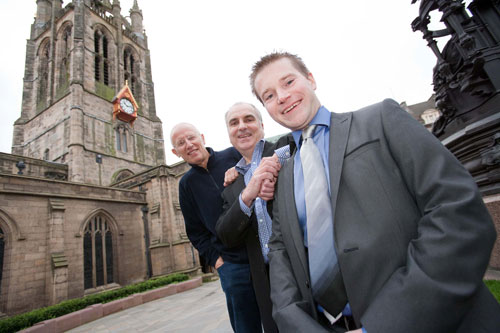 Clarke Mairs is delighted to be the main sponsor of an annual celebrity concert to raise money for the North East Teenage Cancer Trust this year.

The third ‘Christmas at the Cathedral’ concert will take place on Wednesday, December 17 at St Nicholas Cathedral in Newcastle and stars from across the country will be returning to help raise funds for the charity.

The concert will again be produced by Ray Laidlaw who, as well as being one of the founding members of the North East band Lindisfarne, also produces the bi-annual Sunday for Sammy concert and a number of other productions.

Clarke Mairs has sponsored the event since its inception. Partner Tim Clarke, said: “We are delighted to be able to support Christmas at the Cathedral and the Teenage Cancer Trust again this year. It is a fantastic night that always brings so many people together in support of a very worthwhile cause. We hope our involvement with the Trust will grow each year to help raise money for both cancer units at the Freeman and RVI which help young people across the region”

Teenage Cancer Trust is the only UK charity dedicated to improving the quality of life and chances of survival for the seven young people aged between 13 and 24 diagnosed with cancer every day. The charity build specialist units within NHS hospitals bringing young people together to be treated by teenage cancer experts in a place designed just for them. There are two of these specialists units right here in the north east.

Jonathan Wallis, the chairman of the Teenage Cancer Trust North East Board and a partner at George F White, said: “Both Teenage Cancer Trust and the North East Fundraising Board are looking to develop long term relationships with local businesses and we are delighted that Clarke Mairs wishes to be our overall sponsor for the third year running.”

Other companies wishing to get involved by way of sponsorship or buying VIP tickets can email jonathanwallis@georgefwhite.co.uk

The event starts at 7pm and tickets cost £13 and are available through Newcastle City Hall and can be purchased via www.newcastlecityhall.org or by calling 0191 2778030.