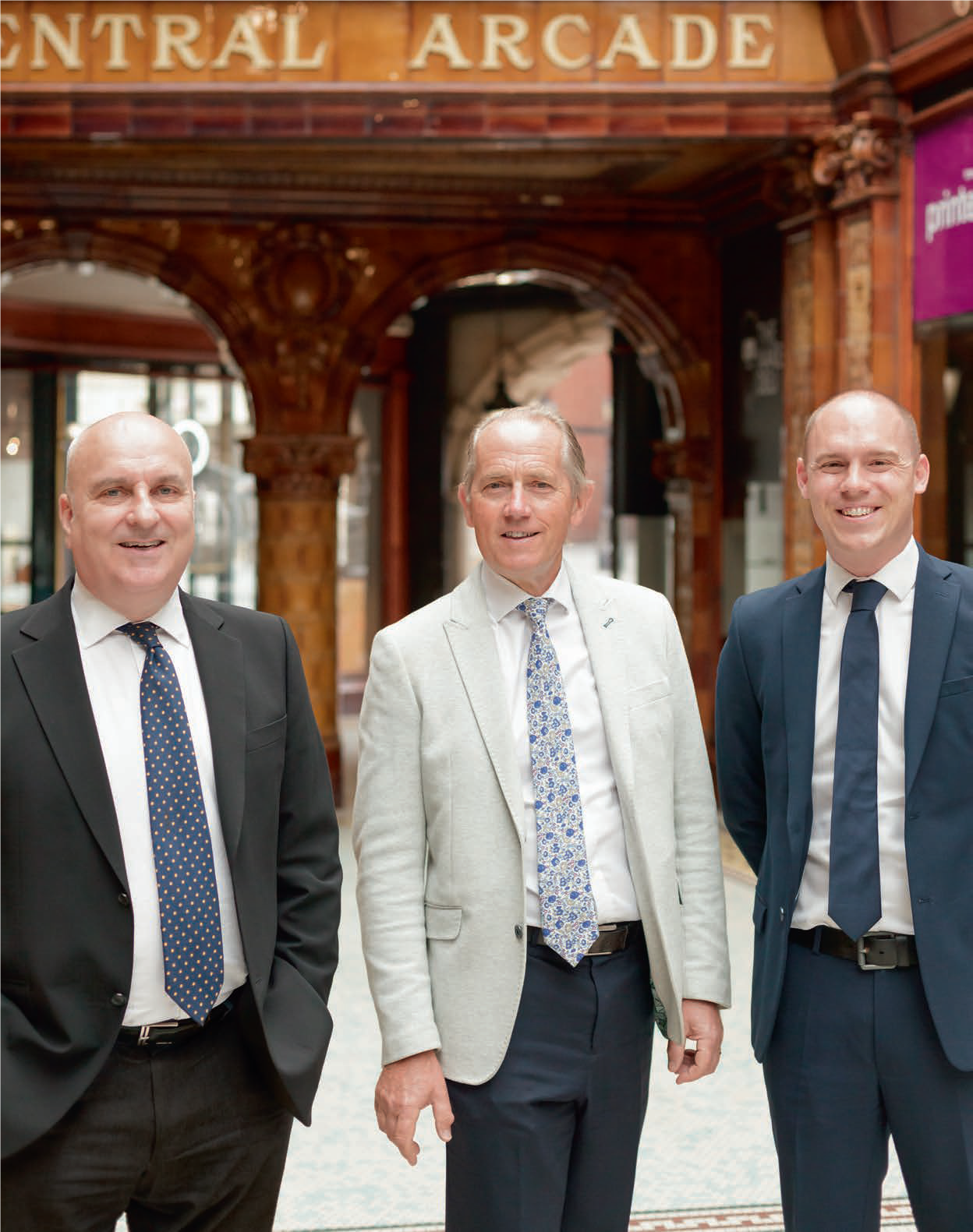 Bringing together a combination of experience, expertise and exuberance is going to give any business a real edge over its competitors.

That is exactly what Clarke Mairs, a Newcastle based law firm, have recognised in their latest hire – someone for whom experience is a middle name. His first and last names may also sound familiar to many people across the North East – Gordon Brown.

Clarke Mairs, formed in 2007, has grown steadily as a partner-led commercial law firm, building on its original core strengths of commercial property, litigation and insolvency to now offer expertise across the commercial legal spectrum, as well as an expert Private Client Department, headed by Partner Rachel Swinburne.

Gordon was introduced to the firm after they had recruited a former Partner of Gordon’s, James Godden, from his previous firm. James joined early last year, with a reputation and expertise in property litigation that was a must-have for the business. At that time Gordon was a Consultant to his previous firm, having stepped down from partnership in 2013, handing over the reins to current partners of a firm Gordon had set up in 1981 and grown into a multi-million pound turnover business when he stood down.

Tim Clarke, Partner at Clarke Mairs said: “You don’t achieve what Gordon did without having something special, and we quickly recognised that when we first met him. As a High Street legal practice, with Gordon as Senior Partner, Gordon Brown Law Firm became one of the most recognised and respected brands in the region”

That experience and expertise, along with the contacts Gordon has, made it a mission for Clarke Mairs to bring Gordon on board, re-uniting him with James Godden, as well as with an assistant solicitor who had also joined from his previous firm, Amir Hussain, to continue working with James. It was a real coup therefore when Gordon decided to accept Clarke Mairs’ proposal.

Gordon said: “I was flattered to be approached by Clarke Mairs. Obviously, James had done a great PR role for me. I had known of the firm for some time, but when we had discussions it was their approach to business that really got me – they do things the right way, and focus on their strengths”.

“The trust of a client is hard-earned but so rewarding,” added Gordon. “I’m privileged to continue to act for many clients over decades, when their business has grown alongside mine. I knew if I were to make a move then it would have to be to an exceptional firm who could justify the faith those clients have in me. I’m happy that I’ve found that with Clarke Mairs – a commercial firm with a strong cohort of commercial lawyers with excellent skills and attitude complimentary to those I aim to offer. Clarke Mairs offer me a new opportunity which I’m excited about.”

Clarke Mairs aim is to continue growth, looking to their local market as the next area for that growth, having historically a far larger client base out of the region. Gordon’s recruitment strengthens their existing marketing and networking policy. Gordon accepts that whilst Clarke Mairs may see him as another ambassador for the firm, he doesn’t intend to be working any less as a client advisor than he was in his former role.

“I want to leave a legacy here,” added Gordon. “I enjoy my work. I hope that those who have sought me out in the past will continue to do so as I carry on offering practical advice borne out of experience. Clarke Mairs will be a good new home for me and those who I represent. As business emerges from the Covid-19 lockdown, it is a good time to enter a new era”.

There’s no doubting that Gordon Brown is a man on a mission. “Tim and the Clarke Mairs team have a clear plan to drive their business forward and I am excited to have a part to play in that”.

We think the local business sector will be hearing a lot more about Clarke Mairs in the years to come.